Resistance is futile.  Is my Trekkie showing a little?  Nerd alert!  I had resistance to writing about resists, but here we are.   At the request of my friend Ann Grasso, and a few others, I present some ideas and experiments conducted on resists for watercolor painting.

Folks have asked about reviewing masking fluid more than any other supply. A mysterious tool it seems.  It is a latex rubber fluid used to block out spots or portions, usually of white paper but possibly an under-wash, from paint. Later it is removed and sometimes those spots are painted over.  Think red flowers in a big green bush.  Mask the spots where the flowers go- let dry, paint the green, remove the dried fluid, paint the red flowers in the white spots.

These were my first attempts with masking fluid, back when I was into making a lot of dots.  I recall that I loved painting these, now I think it would make me crazy.  One artist who’s into dots is the “Polka Dot Princess” Yayoi Kusama.

Some ideas I’ve come across first, and then examples of using some of them below.

Resists- usually painted over and not removed:

China Marker/White grease pencil- This 1:14 minute video shows what a China Graph resist looks like, with ink, not watercolor, but you’ll get the idea.  Less than a $1 at Dick Blick. I would imagine these could be found at dollar stores or hardware stores.

Wax Resist Sticks- “Susan Scheewe Wax Resist Sticks are a versatile tool for watercolor artists who want to retain the background color (or underpainting details) of a watercolor painting. They also are ideal for creating shapes or patterns, and for adding special effects such as sunlight, water, texture — even words.”  These are softer than a Crayola crayon. About $4 at Dick Blick.

White crayon.  Kids don’t usually use the white one anyway- grab it and give it a try.

White Sharpie oil based paint marker- doesn’t work all that well, looks subtle.  I’ve tried it on a couple of papers.  It soaked right in on Canson XL Mixed Media paper and provided no visible resist.

Basically anything with wax- like a birthday cake candle.  Free, from the junk drawer in the kitchen 😉

Meet Barnacle the Whale, I used the China marker and wax resist stick for the white barnacle spots, Daniel Smith Watercolors in a small Pentalic Aqua Journal.  As soon as I thought of working with resists, I though barnacles. I would like to practice this again.

Liquid Frisket/Masking Fluid – applied with squeeze bottle, ruling pen, brush, sponge.  It will most likely ruin a brush- use a cheap one.  You can try wiping a little liquid or bar soap on the brush first to make it easier to clean off after use.  Usually around $8 and up.

Masking fluid comes in colorless and a blue tinge.  I’ve heard of the blue staining the paper, so I’ve only purchased the colorless.

One thing to keep in mind about masking fluid, it leaves hard edges.  To give you an idea, and because it might speak to you, this guy on Craftsy uses it in one of his classes to paint a scene with trees.

I had some trouble getting my mind around doing examples for this review.  Part of what caused some resistance, is that I do supply posts, not technique.  This seemed to blur that line. Because I want to provide as much helpful info as I can, I decided to do a series of small examples over trying to get all artsy cool with it.  I went totally uncool- stick trees and wavy lines.

Examples below on Strathmore 400 Series Watercolor Paper and Daniel Smith Watercolors used. I’ve had masking fluid tear the surface of paper a little bit, but it did not in any of these examples. It is important to apply it on dry paper, rub it off, and not pull it straight up to remove.  Masking fluid needs to dry before applying paint.  I became impatient for it to dry and used the blow drier some.  If there’s something like a blob or thick spot that’s dry to the touch, but not all the way through, and removal is tried, it will kind of squish and get on the paper and fingers and will have to be rolled off- like a little kid rolling boogers. I know- gross. But, an apt description.

Before watercolor was applied. The bottom middle is to show if the masking fluids lift the underpainting wash- Schmincke was applied first, then W&N, China marker, wax resist stick. The China maker can be seen faintly, mostly over the green and blue on the bottom.

After masking fluid dried watercolor was applied and let dry.

Bottom Row: Wax resist stick, underpainting with all applied on top, comparison of all four.

Schmincke in the squeeze bottle was the easiest to use to get a thinnish line.  Odorless, but a thicker consistency, and can take a long time to dry in thick spots.  Directions on the bottle- “Use only on dry paper.  Pretest for applicability of the respective paper is necessary.  Do not leave masking fluid longer than 2 days on the paper.  If dispensing unit is blocked clean with a needle.  Do not pull off masking fluid but rub off gently.”  I had to use a needle to unblock it a couple of times.  Squeeze too hard and it might go on thicker than desired- see that big blob on the left of the stick tree. Goes on white, turns translucent when dry.  This brand did not take off any visible paint from of the underpainting sample (shown on final example below).

The Winsor & Newton masking fluid is a little yellow. The consistency is thin and it stinks like glue, but not overpoweringly so.  It has to be painted on with a brush, which it will most likely ruin. Use a cheapy and rinse brush immediately after use, maybe try the soap thing mentioned above. An advantage is that any sized brush can be used. There was yellow dye sediment in the bottom, it had a lot of air bubbles after I shook the bottle up. The W&N went on much thinner than the Schmincke, which made it smoother to paint over. Goes on yellow or cream color, and dries to a more translucent shade of same color. I have good eyes, but could barely read the directions on the back of the bottle- “Do not apply on damp or soft sized paper.  Remove as soon as dry.”  It removed paint from the underpainting sample when I lifted it (shown on final example below).

W&N can be put in a container like the Fineline Applicator, these also come prefilled with masking fluid. The squeeze bottles above are from my local art store.  I put ink and water in them, but no reason why masking fluid couldn’t be used.  Although, I wouldn’t leave it in them for long periods, there’s a chance it could dry out, and a good chance of nozzels clogging.

Pealing off Winsor and Newton

I usually rub masking off with my fingers. Hands should be clean and oil free.  If there’s a lot of masking to remove, fingers will get sore.  A rubber Pik-Up can be used to remove the dry masking fluid. A clean rubber eraser will also work.  I tried a Magic Rub.

White China Marker– not easy to see where it’s being applied, had to look at the paper from an angle. This didn’t work that well for me.  If I use it again, I will use more pressure to apply it.

Wax resist sick– couldn’t tell where I put it, even looking from an angle. For some reason, I am intrigued by these, and could see using it in the future in a simple way- like on the whale above. But really, couldn’t see it at all during application- doesn’t lend itself to being exact, and doesn’t create a clean smooth line.

After Removal and Additional Observations:

Bottom Row: Wax resist stick, all four over underpainting, all four painted over.

Wet wash pooled around the large dot and along the tree with the thick and raised Schmincke application. The Winsor & Newton lifted the watercolor underpainting up with it, see bottom middle. The China marker didn’t work that well, but for something subtle, it’s good for that. The wax resist stick looks a mess, color seemed to pool around the top, couldn’t tell where I was drawing, but provided a good resist. For a closer look, click to enlarge.

Friend and Guest Doodlewasher Yukari Bromfield  helped out with this example.  On her French toast paintings, she used a white pen for the powdered sugar on the first in the series- top left, and then masking fluid on the remaining three.  To me, her use of masking fluid looks better than the pen, more powdered sugary.

Now that we are to the end, I can share my personal masking fluid philosophy- I avoid it.  I don’t like things that take extra steps, and usually don’t paint anything too complicated. It can be tricky to apply and there are no take backs.  If a mistake in application happens, it has to dry, be removed, and then reapplied.  If at all possible, I’ll paint around stuff.  If I want a little white detail, I use white ink.

But!  Always a but, right?  Found this 10:02 minute video of a guy demonstrating a few different uses, that made me tempted to use it…especially the sea spray at the end.  Plenty of people use it beautifully and successfully. Don’t let my masking nay-saying, or anyone else’s, sway you from experimenting.

I don’t know who’s picture to right that is, but it was a public share, so I’m sharing it.

Hot off the Amazon delivery vehicle last night. Sea and Sky in Watercolour by Arnold Lowrey– $8.  He shows one way to paint sea spray, without masking.  Last post I shared one of Ron Ranson’s sky books.  I prefer Lowrey’s palette, and the feeling of his paintings. It’s a small book and only 48 pages. Since I just got it, I haven’t had a chance to really go into it, but from the example pictures, it looks promising.

All previous review posts can be found under “Reviews” on the menu or click here.   Come join us on the World Watercolor Group Facebook page, we are having a lot of fun over there!

The supply posts are switching to every other week. See you in a couple of Saturdays! 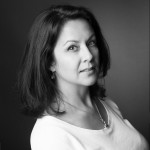 Hi I’m the Doodlewash Supply Blogger and offer reviews of various types of art supplies, watercolors, and helpful tips. I approach artistic expression with a light-hearted point of view. I love to see, and support others opening up to, and embracing their creative process with any medium or creative expression. Follow me on Instagram!

Get The Doodlewash® Newsletter!

Want to say hi and connect? Do you make lovely things with watercolor and want to be featured in the next Guest Artist post?! Great! Not sure, just feel the need to say something? Awesome! Just fill out the form below!